When a company owner decides it’s time to move on there are usually two options: Close up shop or sell to a competitor who may consolidate the staff or move the business out of state. Both of these are bad for employees and the State of Missouri.

The Missouri General Assembly passed a bill this session to incentivize a third choice: Selling the business to employees. However, Gov. Jay Nixon has vetoed this innovative effort. 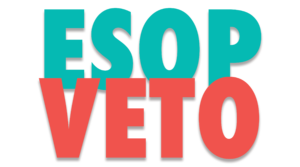 House Bill 2030, sponsored by Rep. Denny Hoskins, a Republican from Warrensburg, would have allowed business owners to defer up to 50 percent of the taxes gained from the sale of stock to an employee stock ownership plan as long as the company is more than 30 percent employee-owned. The bill passed both the Missouri House and Senate with support from both Republicans and Democrats. Upon final passage, the bill was widely praised in the state and even nationally. Forbes wrote it was “an issue everyone could support.”

But apparently not Gov. Nixon. The Missouri Chamber of Commerce and Industry is surprised and disappointed by this veto.

“This is a frustrating decision by Gov. Nixon. The benefits of employee-ownership are proven by research and illustrated by powerful anecdotes from employee-owned Missouri companies,” said Daniel P. Mehan, Missouri Chamber President and CEO. “This bill had enthusiastic support from the Missouri business community as well as from Republican and Democratic leaders in the legislature. Fortunately, we still have a path forward. We would like to urge the bi-partisan coalition that passed this bill through the Missouri General Assembly to override the governor’s veto and help make employee-ownership a powerful job-retention tool in our state.”

“Gov. Nixon’s decision comes at a time when 31,000 business owners near retirement in Missouri, which presents a unique opportunity to boost employee ownership. Failing to act now risks missing an opportunity to improve the lives of Missouri workers for decades to come,” said Stephanie Silverman, ESCA’s executive director. “We hope lawmakers will override this veto and pass this bill to give more workers the opportunity to share in the success of their companies.”