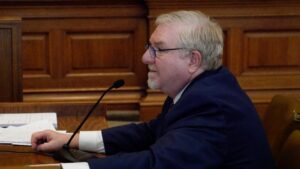 Missouri entrepreneurs could soon see an opportunity to receive investment from a fund currently under consideration by the Senate.

On Mar. 13, the Senate Committee for Economic Development heard Senate Bill 1037, which establishes the Missouri Innovation Fund Corporation. The bill was introduced by Sen. Jay Wasson, a Republican from Nixa.

The program would be a subsidiary of the Missouri Technology Corporation (MTC), an existing public-private partnership program that invests in tech startups in the state. MTC recently faced large cuts to its funding.

This new fund doesn’t rely on large, unrealistic amounts of money coming from the state budget. Instead, it is designed to attract private investors.

Bill Anderson, executive director of the MTC, said it gives them another tool to help early stage innovation-led companies.

“Historically, over the last five years or so, we’ve operated under a co-investment model where MTC uses either federal or state funds to make co-investments directly into early-stage companies,” Anderson said. “What the innovation fund model would do would compartmentalize a part of our investment activities into a separate entity that would be better suited to potentially raise private capital directly into the fund.”

The Missouri Chamber supports the creation of the fund, which would promote economic growth and job creation in the state.

“The appropriations have been dwindling for MTC but it does have a positive track record,” said Matt Panik, Missouri Chamber vice president of governmental affairs. “This is a new approach to bringing in more capital investment and private management to those funds to hopefully help incubate a lot of those startup companies that we have across the state, not only in St. Louis and Kansas City but in the rural parts of the state as well.”

As the bill is written now, qualifying companies must employ at least 51 percent of their employees in the state, have fewer than 100 employees, have operated in Missouri for fewer than 10 years, and must agree to not relocate out-of-state for three years after receiving investment from the fund.

Would this innovation fund benefit your business, whether directly or indirectly? Let us know!