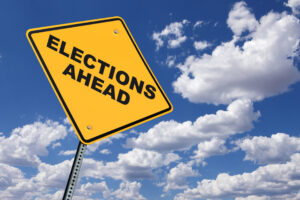 When Missouri voters head to the polls on Nov. 6, they could be faced with deciding several important ballot items.

The Missouri Secretary of State’s office is currently verifying the signatures submitted by several groups hoping to have items placed on the November ballot.

One potential ballot item would create a new state law that would gradually increase the minimum wage in Missouri to $12 an hour by 2023. If passed, the state’s minimum wage would increase next year from the current rate of $7.85 to $8.60. The wage would then increase by 85 cents annually until it reaches $12 an hour.

Another potential ballot item, dubbed CLEAN Missouri, would make several amendments to the state’s constitution. It would ban most gifts to lawmakers and lower the state’s candidate contribution limits.

The measure would substantially change how the state draws legislative district lines. The changes would likely alter the makeup and balance of power in the Missouri General Assembly.

The effort also changes how open records laws relate to members of the General Assembly and creates a two-year waiting period for lawmakers who want to become lobbyists.

The CLEAN Missouri effort has already drawn some concern due to its complexity. There are also several ambiguities included in the drafted language that will likely spark litigation. There is a worry that, if passed, the CLEAN Missouri effort could end up like Amendment 2. That amendment passed in 2016 and is still being litigated and implemented.

In addition, voters could also be faced with up to four items relating to legalizing medical marijuana in Missouri.

The upsurge in initiative petition action — more than 370 filed this election period — has led to calls for reforms to the process. Rep. Kevin Engler, a Republican from Farmington, is working to improve the state’s initiative petition process with his House Bill 1289. This bill, supported by the Missouri Chamber, was passed by the Missouri House and awaits a hearing by a Senate committee. The bill intends to cut down on the massive numbers of petitions being filed, the vast majority of which are quickly abandoned and never supported by signature gathering campaigns.

As for the issues that could make it onto the November ballot this year — minimum wage, CLEAN Missouri and medical marijuana initiative — the groups behind these efforts are currently waiting as the Missouri Secretary of State’s office verifies the signatures they have collected. The groups that are successful will see their issues join Proposition A on the ballot.

Proposition A is a labor union-backed initiative that asks voters to adopt the state’s right-to-work law which was passed by the legislature last year. This ballot effort has thus-far blocked right-to-work law from going into effect in Missouri.