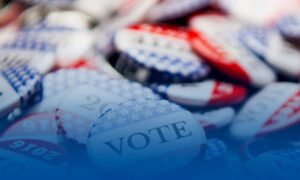 On March 27, a House committee heard a variety of legislation regarding the initiative petition process.

The initiative petition process has become a point of concern to some state leaders for several reasons. Most alarming is the rise of petitions funded by out-of-state interest groups.

“It shouldn’t matter where you stand on the issues — every Missourian should be deeply concerned that our current process gives anyone who can afford to pay signature gatherers and buy slick election marketing the power to rewrite the rules that govern our state,” Missouri Chamber President and CEO Daniel P. Mehan said.

Another concern is the number of initiative petitions filed each election cycle, which has skyrocketed in recent years from a few dozen to hundreds. During the last election cycle, the Secretary of State’s office had to process more than 370 petitions.

In addition, some petitions are poorly drafted and create years of costly litigation if they become law.

The Missouri Chamber is supportive of modest initiative petition reforms to help guard against out-of-state interests attempting to alter the state constitution and to restore efficiency to the process.

“At the Missouri Chamber we’re always engaged in public debate and public policymaking, and we do think that the General Assembly is best equipped to usually be the main conduit for that process,” said Matt Panik, Missouri Chamber vice president of governmental affairs. “We know a lot of out-of-state money pours in on all sides of issues on the ballot and we need to consider protecting Missouri’s constitution for Missourians.”

Meanwhile in the Senate, similar legislation was heard by committee in February. Out of three measures heard, SJR 1 passed committee and awaits further action.

The Missouri Chamber will continue to closely monitor the progress of all legislation relating to the initiative petition process in the coming weeks.