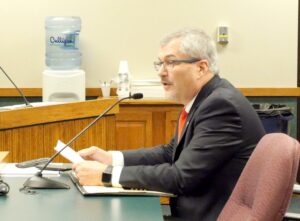 A Missouri House committee has approved a bill to stop a costly trial attorney trick often used to drive up payouts from businesses.

House Bill 2119, approved by the House Special Committee on Litigation Reform by a vote of 9-2, relates to punitive damages. Currently in Missouri, trial attorneys often use the threat of punitive damages as a way to get businesses to agree to higher settlement amounts.

The bill would only allow punitive damages in cases where there is clear and convincing evidence of harm without just cause or excuse and a court determines punitive damages may be appropriate.

“This bill is an important part of the civil justice reform package the Missouri Chamber of Commerce and Industry is pursuing this year. We need to make a serious effort in 2018 to eliminate the litany of legal tricks and loopholes that have led to Missouri being branded as having one of the worst legal climates in the nation. Moving House Bill 2119 forward is a positive step forward in this effort,” said Justin Arnold, Missouri Chamber general counsel. “I would like to thank chairman Rep. Bill Lant and the committee members who voted in favor of this bill for making it a priority this session. We will continue to advocate for it to pass as it moves through the legislative process.”

The bill is sponsored by Rep. Kirk Mathews, a Republican from Pacific.