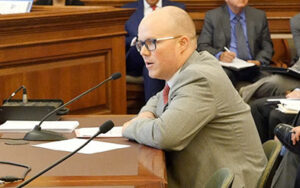 Following its passage on the House floor, a bill to win more jobs for our state by creating a deal closing fund — a key business attraction strategy used by several of Missouri’s competitor states — is under Senate committee consideration.

House Bill 255 would modify the Missouri Works tax credit program, allowing some credits to be paid up front to help businesses with the costs associated with locating to or expanding within Missouri.

The bill, sponsored by Rep. Travis Fitzwater (R-Holts Summit), is one of Gov. Parson’s workforce development priorities and is an important component of the Department of Economic Development’s Best in Midwest initiative.

DED Director Rob Dixon testified in support of HB 255 at its Senate committee hearing on April 2, saying a deal closing fund is a competitive edge other Midwestern states have that Missouri currently does not.

“It utilizes the existing funding that’s available for the Missouri Works program in a smarter way. It doesn’t add any net impact to the state’s bottom line,” Dixon said.

The Senate version of the closing fund measure is Senate Bill 56 sponsored by Sen. Mike Cierpiot (R-Lee’s Summit), which was voted out of the committee in February.