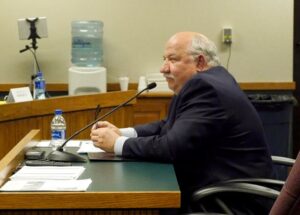 The Missouri House began its work on joinder and venue reform on Jan. 22 when House Bill 1578 was heard in committee.

The bill would help stop out-of-state cases from clogging Missouri courts. The state’s current venue laws make it too easy for trial attorneys to move cases to Missouri in hopes of taking advantage of the state’s reputation for being an easier place to win lucrative cases.

The bill is sponsored by Rep. Glen Kolkmeyer, a Republican from Odessa.

“Currently there are 9,400 out-of-state plaintiffs with cases filed in the St. Louis court system. Last year there were 8,400 out-of-state plaintiffs. Even with the recent Supreme Court ruling, which has overturned some of these cases, there hasn’t been a reduction in the case load,” said Kolkmeyer. “It costs every taxpayer in this state. We have judges from all over the state travelling to St. Louis to cover their overcrowded docket.”

By helping to unclog Missouri’s court system, this reform would also help improve the state’s legal climate, which is currently ranked among the worst climates in the nation.

“If we’re going to talk about competing for jobs in the future, the perception of our court system where plaintiffs can bring cases wherever they see fit and add certain plaintiffs or defendants just to satisfy venue is a problem,” said Justin Arnold, general counsel for the Missouri Chamber. “Defendants are filing motions to transfer venue for improper venue and the problem is that judges are denying those motions and the case is proceeding to trial and then it gets appealed to the Supreme Court. And the Supreme Court has even said, ‘Yeah, that should have been severed or transferred for venue, but it doesn’t rise to the level of prejudice to overturn.’ So there’s a real issue with the remedy available to defendants.”

On the Senate side, a committee has passed a similar bill,  SB 546 sponsored by Sen. Brian Munzlinger, a Republican from Clarence.

For more information, contact Justin Arnold at jarnold@mochamber.com or 573.634.3511.