Tort reform has proven to be a priority of Senate President Pro Tem Ron Richard, a Republican from Joplin. Senate Floor Leader Mike Kehoe, a Republican from Jefferson City, described the bill as “common-sense” and an important one to spend time debating. 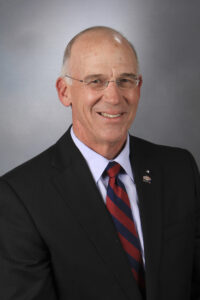 And spend time they did.  Senate leaders kept lawmakers on task from 5 p.m. on Tuesday to 6 a.m. on Wednesday when the bill was taken for an initial perfection vote.  It was given final approval by the Senate on Thursday by a vote of 25-7.

“This common-sense measure clarifies that an injured person can recover the actual cost he or she incurred for their medical treatment, but not the inflated value of that treatment billed by a health care provider,” said Sen. Ed Emery, a Republican from Lamar.

Specifically, the collateral source rule bars the admissibility of trial evidence showing when a plaintiff’s losses have been compensated from other sources, such as insurance or workers compensation.

Many states have advanced legislative measures to reform collateral source statutes and rein in awards that exceed actual recovery costs.  Missouri lawmakers also attempted to change the collateral source rule in 2005, but the courts have since altered the intent of the law.

Senate Bill 847 would bring Missouri law back in line lawmakers’ intent in 2005 and require awards to be offset by the cost actually incurred by the plaintiff, not the value of the billed treatment.

The Missouri Chamber has been a lead advocate of this bill and Brian Bunten, general counsel for the Missouri Chamber, worked the halls of the Capitol until daylight to help secure support for passage of the bill.

“Our courts were intended to be a place where injured parties go to be made whole for real losses,” Bunten said. “Allowing people to use phantom damages to collect a windfall on an injury is unfair and unjust.”

The legislation now moves to the Missouri House for review by a House committee.

For more information on this issue, or other legal reform measures led by the Missouri Chamber, you can contact Brian Bunten at 573.634.3511 or by email a bbunten@mochamber.com.