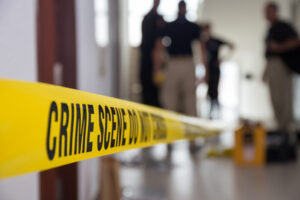 Under current law, businesses can be sued for harmful acts committed on their property by third parties beyond their control. That would be fixed under Sen. Denny Hoskins’ Senate Bill 608, which recently passed in the Senate and had its first House committee hearing on March 26.

Rep. Shawn Rhoads presented the bill to the committee in Sen. Hoskins’ absence.

“In these cases, not even the police, who are charged with protecting Missouri citizens, are able to prevent these violent crimes,” said Rhoads. “The risk of these lawsuits largely stem from the confusing decisions handed down at Missouri appellate courts, although Missouri common law states that businesses generally do not have the duty to protect individuals on its premises from criminal acts of third parties.”

Justin Arnold, general counsel for the Missouri Chamber, illustrated the need for the common sense fix with a recent lawsuit ruling. In this case, the business parking lot where a third-party crime occurred had surveillance cameras as a reasonable security measure, but the company was still held liable.

“The Western District upheld the $3.2 million award finding that the business was somehow negligent for not monitoring that camera,” Arnold said. “That’s concerning because if we go down that path, we could find that you’re going to require businesses to have 24/7 surveillance or some type of guards to monitor their premises. I don’t think that’s feasible for a lot of businesses.”

Under the Business Premises Safety Act the bill creates, a business is only responsible for guarding against crimes on its property when it knows or has reason to know a crime is being committed or about to be committed in a particular area, and if there is enough time to prevent it. The business can also claim certain facts as affirmative defenses—for example, if the business had reasonable security measures implemented, or if the business was closed when the incident occurred.

Do you think the existing law is too harsh on Missouri businesses? Click here to tell us your view.