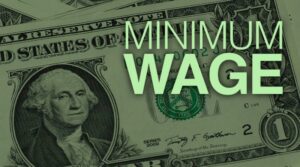 The Missouri Chamber of Commerce and Industry is part of a business alliance that is challenging a recent Missouri Supreme Court ruling that will raise labor costs up to 30 percent for some St. Louis City employers.

The business alliance has asked the Missouri Supreme Court for a new hearing.

Under the ruling, employers paying minimum wage in St. Louis City are required to increase that rate to $10 or face fines and jail time. The rate is scheduled to increase to $11 an hour on January 1, 2018.

In the new court motion, the business alliance argues that the recent Missouri Supreme Court ruling was made in error.

“In this case, this Court overlooked and misinterpreted material matters of fact in reversing the decision of the trial court,” states the motion.

The motion cites a law passed in 2015, House Bill 722, which prohibits Missouri cities from passing certain workforce regulations, including setting minimum wage rates that differ from the state’s rate.

In the meantime, the Missouri General Assembly is also working quickly to pass legislation to address this problem.

House Bill 1194/HB 1193 was approved by the full House on March 9 and received a Senate committee hearing this week.