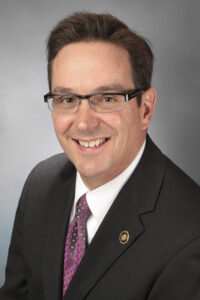 Safe, cheaper biologics medication may soon be on the way to Missouri. The General Assembly has approved a bill allowing pharmacists to provide more affordable biosimilar medications.

Some Missourians currently rely on biologic medication to treat painful issues such as rheumatoid arthritis. However, these medications are often costly.

To help reduce the cost and make these treatments available to more Missourians, the General Assembly has passed Senate Bill 875. The bill allows for biosimilars to be substituted for a prescribed biologics medication.

Under the bill, a biosimilar product must be licensed by the FDA and have no clinical difference from the prescribed medication.

While the concept may sound similar to a pharmacist issuing generic medication, a new statute was needed due to the fact that biosimilar medications are not identical to the products they are replacing.

The final vote on the bill was taken in the House of Representatives on April 19. It passed by a vote of 144-1.

“This bill is model legislation which will update our Missouri Pharmacy Practice Act,” said Tila Hubrecht, a Republican from Dexter who handled the bill in the House. “It is a proactive step in ensuring Missouri is able to keep pace with rapidly advancing technological developments.”

Senate Bill 875 is sponsored by Sen. Kurt Schaefer, a Republican from Columbia. Gov. Jay Nixon must now sign the bill for it to become law.

The Missouri Chamber of Commerce and Industry supports Senate Bill 875 as a way to help the state become a leader in the research and manufacturing of biologic and biosimilar medications.

For more information on this issue, contact Brad Green, Missouri Chamber director of legislative and regulatory affairs at bgreen@mochamber.com or by phone at 573-634-3511.