The Census is coming — Your businesses should care 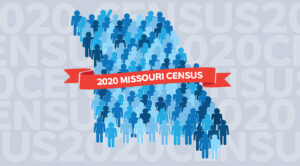 In just months, the 2020 Census will begin tallying Americans. While the work of counting citizens and gathering information about them may not seem especially exciting, the end result has a profound impact on the business community and our state as a whole.

The state’s Census results can have an important role in government planning and the deployment of public resources. Every year, billions of dollars in federal funding go to hospitals, fire departments, schools, roads and other resources based on census data, according to a release from Gov. Mike Parson’s office.

Thus, it is critical that every Missourian is counted.

A decade ago, the 2010 Census found that Missouri grew about 7 percent, to a total population of just under 6 million. However, the country as a whole grew by 9.7 percent during that time.

With Missouri’s growth lagging that of the country, the state ended up losing a seat in Congress, diminishing our influence on federal policy and spending.

Because the 2020 Census could have an equally big impact on the state, efforts are underway to ensure an accurate count in Missouri.

“We cannot overstate the importance of accurate and reliable census data,” said Gov. Parson. “Collected census data is used for everything from how we determine the distribution of congressional seats to how we allocate federal resources, an issue that is particularly important for Missouri’s urban and rural communities.”

The committee is working to raise awareness of the 2020 Census and help coordinate outreach to hard-to-count areas of Missouri.

Alongside these state-level efforts, the U.S. Census Bureau is gearing up for Census Day on April 1. Recently, the Census updated its master list of addresses to account for new residences added over the last decade. The update added more than 110,000 new Missouri addresses, a roughly 4 percent increase.

While studies released in recent years do not list Missouri among the states expected to lose a Congressional seat after this Census, there is still a lot at stake in this count — especially for the business community.

The government is encouraging businesses to promote Census participation in their communities. The bureau has developed a business-focused handout that includes steps businesses can take, including hosting an internal Census workshop, creating employee newsletter articles about the Census and communicating with customers about being counted in the Census.

The Missouri Chamber of Commerce and Industry is engaged in the Missouri Census and will continue to keep our members informed about this important process.

For more information, contact Ross Lien, Director of Legislative Affairs, at rlien@mochamber.com or 573-634-3511.