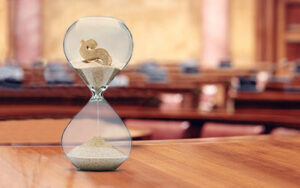 Complex litigation can drag on for years in Missouri due to the state’s lax discovery rules. Senate Bill 224 would help speed up the process by placing reasonable limits on discovery procedures that, when not used properly, can cause cases to undergo excessive delays.

Bill sponsor Sen. Tony Luetkemeyer, a Republican from Parkville, said that the federal government and more than half of the states have already passed similar legislation.

The bill is technical in nature, but essentially places reasonable time limits on numerous discovery procedures to help ensure litigation does not get bogged down in the pretrial phase.

Under the current system in Missouri, these procedures can be abused in a way that can delay litigation for years and create excessive legal costs.

During his testimony to a House committee, Sen. Luetkemeyer said passing his proposed legislation would prevent defendants from being harassed by these discovery procedures while also helping plaintiffs receive timely compensation.

“This legislation will bring Missouri in line with the federal courts and most other states,” he said.

The Missouri Chamber of Commerce and Industry testified in support of the legislation.