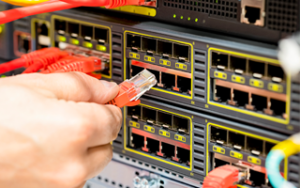 The Missouri legislature has passed a bill to help expand broadband access in Missouri. The bill extends the state’s broadband grant program through 2027. It also enables the state to retain any federal dollars it receives for building out rural broadband if a particular provider is unable to fulfill its commitment to utilize those funds.

Broadband is a critical resource for growing businesses, and Missouri is ranked 42nd nationally in access to broadband internet according to the Missouri 2030 Dashboard. More than 1.2 million Missourians do not have access to high-speed internet.

House Bill 1768 will apply to the millions of dollars awarded to Missouri broadband providers from FCC and USDA Rural Development auctions as well as future federal broadband dollars that may be awarded. The bill makes it possible for the state to reassign unused funds from one provider to another instead of the unused money going back to the federal government. Bill sponsor Rep. Louis Riggs, a Republican from Hannibal, is a 2019 Missouri Chamber Business Champion.

“Broadband internet has become an essential resource that’s needed to run a business, complete schoolwork and communicate. But today far too many families and businesses lack access to this resource,” said Daniel P. Mehan, Missouri Chamber president and CEO. “Broadband access is vital for Missouri’s economic growth. House Bill 1768 will help ignite economic and workforce development throughout the state and we thank Rep. Louis Riggs for his efforts on this legislation.”