Final week — We are fighting for these 12 issues 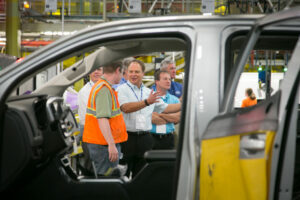 Start the countdown — the 2019 Legislative Session ends at 6 p.m. this Friday. Lawmakers are hastening to finalize bills, and the Missouri Chamber is focused on advocating for 12 important legislative issues that are poised to cross the finish line and land on the governor’s desk.

As we continue to work in the state capitol, we need your help. It takes as little as five minutes to let your legislators know how important pro-business bills are to you.

We encourage you to contact your senator and representative and ask them to support the topics below.

Improving our state’s economic development programs has been a strong focus of Gov. Mike Parson and the legislature this year. The package currently under consideration contains four priorities:

Missouri already scored a big win on the legal reform front this year with the passage of Senate Bill 7, which put an end to the abuse of our state’s venue and joinder laws. However, several other legal reforms remain to be passed, including:

This legislation would give voters the chance to revise the problematic portions of Amendment 1, a dark money-funded measure passed last November which included misleading provisions to radically alter the way Missouri is divided into districts. Without revision, Amendment 1 could lead to higher taxes and more bureaucratic regulation, as well as reverse long-running efforts to make our state business friendly.

Multiple employer welfare arrangement (MEWA) health insurance enables small employers to join together and share in the overall claims risk, reducing cost. But current Missouri law prohibits brokers from marketing MEWA plans to the public, making it nearly impossible for eligible businesses to find out about the option. This measure would fix that problem.

6. Launching a Prescription Drug Monitoring Program (PDMP) — House Bill 188
This measure would give physicians and pharmacists a critical tool to combat the opioid crisis by identifying individuals who “pill shop.” Missouri is the only state that lacks a statewide PDMP.

In order to advance on their salary schedule, Missouri teachers currently must spend their summers taking graduate classes. This measure gives them the option to spend those hours in an externship for equivalent credit, allowing them to work inside local companies and take that experience back to their classrooms.

Missouri and Kansas have spent tens of millions of dollars enticing companies to make a short move across the border with little net job creation for either state. This bill would help enact a truce to halt this costly practice.

9. Providing a consistent regulatory framework for Missouri agriculture — Senate Bill 391
A patchwork of highly restrictive and arbitrary county ordinances is stifling the growth of Missouri’s agriculture industry and in some cases has all but halted future expansion. This bill would provide a consistent statewide regulatory framework based on sound science and reliable environmental data to allow ag business and rural economies to flourish.

While we believe these particular issues are well-positioned to pass, we will continue to advocate for all the issues outlined in our 2019 Legislative Agenda should additional opportunities arise during the final week.

Again, we urge you to take a few minutes today to contact your legislators and ask them to vote in favor of these important topics. The 2019 Legislative Session ends Friday, May 17.