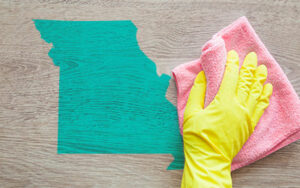 Missouri lawmakers are making progress toward passing legislation that would give voters an opportunity to revise the problematic redistricting portions of Amendment 1, which passed last November.

Amendment 1, dubbed “Clean Missouri” by supporters, was funded by millions of dollars in dark money. It included misleading provisions that would radically revise the way Missouri is divided into House and Senate districts.

Left as it is, Amendment 1 could lead to a radical shift in priorities in the Missouri General Assembly, opening the door to higher taxes and more bureaucratic regulation. It could also reverse long-running efforts to make our state business friendly and competitive for growth and investment opportunities.

The Missouri Chamber of Commerce and Industry is deeply concerned about the potential impact of Amendment 1 and supports efforts to give Missouri voters an opportunity to revise the constitutional amendment.

Rep. Dean Plocher, a Republican from St. Louis, is the sponsor of House Joint Resolution 48.

The resolution does away with the state demographer and redistricting process contained in Amendment 1. Rather, the resolution would create bipartisan citizens commissions that would be tasked with redrawing the district maps. The legislation also completely eliminates all lobbyist gifts to members of the Missouri General Assembly.

On May 8, the Senate Rules committee passed the resolution. If it passes the Missouri General Assembly, the issue will be included on the November 2020 ballot for Missouri voters to decide.