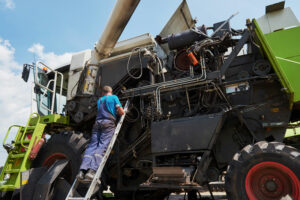 In recent years, supporters of so-called “Right to Repair” laws have been pushing the idea that farmers can’t repair their machinery without access to its code and software. This inaccurate idea has resulted in bills filed across several states that would grant unrestricted access to manufacturers’ proprietary embedded code.

Now this discussion has come to the Missouri Capitol with a House committee’s consideration of House Bill 975.

The Missouri Chamber opposes HB 975 because it would put manufacturers and dealers in a difficult position as it relates to the sale and maintenance of their equipment.

The bill is an extreme measure that threatens their security, intellectual property, and warranty agreements — not to mention opening them up to undue liability.

The reality is, a vast amount of information is already made available to machinery owners including manuals, product guides, training, on-board diagnostics and others. In fact, farmers who own modern equipment can currently perform 95% of repairs on their own.

The manufacturing industry strongly supports the right for users to repair their own equipment with the many resources they provide. But unauthorized modification of machinery could easily violate federally mandated safety or emissions regulations. In addition, manufacturers and dealers have made considerable investment in the development of their equipment, which would be upended by passage of this bill. If passed, it would disincentivize  innovation, research and the development of new products.

The bill was heard in committee on March 9, during which the Missouri Chamber testified in opposition. HB 975 would need to be voted out of committee before it could advance in the legislative process. The Missouri Chamber will continue to monitor the bill’s activity and keep members informed of any movement.